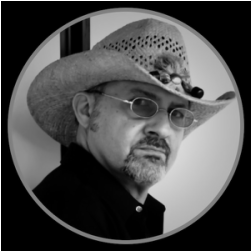 Welcome to Genesology.Weebly.com ...
A website devoted to expanding the awareness of Universal Truth and Wisdom.
Be sure also to check my Genesology Blog updated daily at genesology.blogspot.com

As an Ordained Minister and Clergy Member, I can legally perform religious ceremonies and rituals like weddings and funerals. I believe that every person has an innate right to make a spiritual connection to the rest of the cosmos and we can solve the problems of society using a religion based on science and reason.

I am a Seeker of Gnosis: "Knowledge"

Gnoga (pronounced “no-ga”) takes its name from yoga – the original eastern form of mysticism, and gnosis (pronounced “no-sis”) – one of the most famous forms of western mysticism, often said to have its roots in the hermetic philosophies of Egypt and ancient Greece. What yoga and gnosis have in common is an emphasis on the individual pursuit of truth and wisdom rather than the wholesale acceptance of a codified system handed down by an authority. Yoga, and its offshoot Buddhism, provided counterbalances to the ecclesiastical excesses of Hinduism just as Gnostic traditions did towards Christianity. Gnostic tradition ultimately influenced Judaism as well, resulting in the study of Kabbalah, and helped precipitate the renaissance and the enlightenment periods in Europe which saved civilization from the excesses of religion.

I seek and present Truth & Wisdom providing the ultimate individual path of Gnosis. What most people would perceive to be God, is the representative of the universe experiencing life through is, with us, and as us.

You can also find my blogs at genesology.blogspot.com
Our Archives can be found online at www.genesology.com
GENESOLOGY

GEN·E·SIS
/ˈjenəsis/
Noun
The origin or mode of formation of something.
Synonyms
origin - birth - rise - provenance - origination
----
OL·O·GY
/ˈäləjē/
Noun
A subject of study; a branch of knowledge.

Provided within is a wealth of research documents and
I invite you to read, study, and share what you find.
But most of all, I invite you to think,
and experience your own journey to knowledge (Gnosis).

We are all seeking Truth. Question everything.
Religion must be based on Reason.
A Truth Centered Website
Operated By: Justin Taylor
Co-Author of “Legendary Voices of Truth”
Now Available In E-Book Formats For Kindle and Nook.
studio@voiceimage.com
Powered by